For the lemon curd filling

For the meringue frosting

For the lemon curd filling

For the meringue frosting

These lemon cupcakes were on my try-list since a longggg while now.

the only thing stopping me from trying them was the issue of a blowtorch.

This lemon cupcake is filled with a lemon curd filling and topped with a meringue frosting. 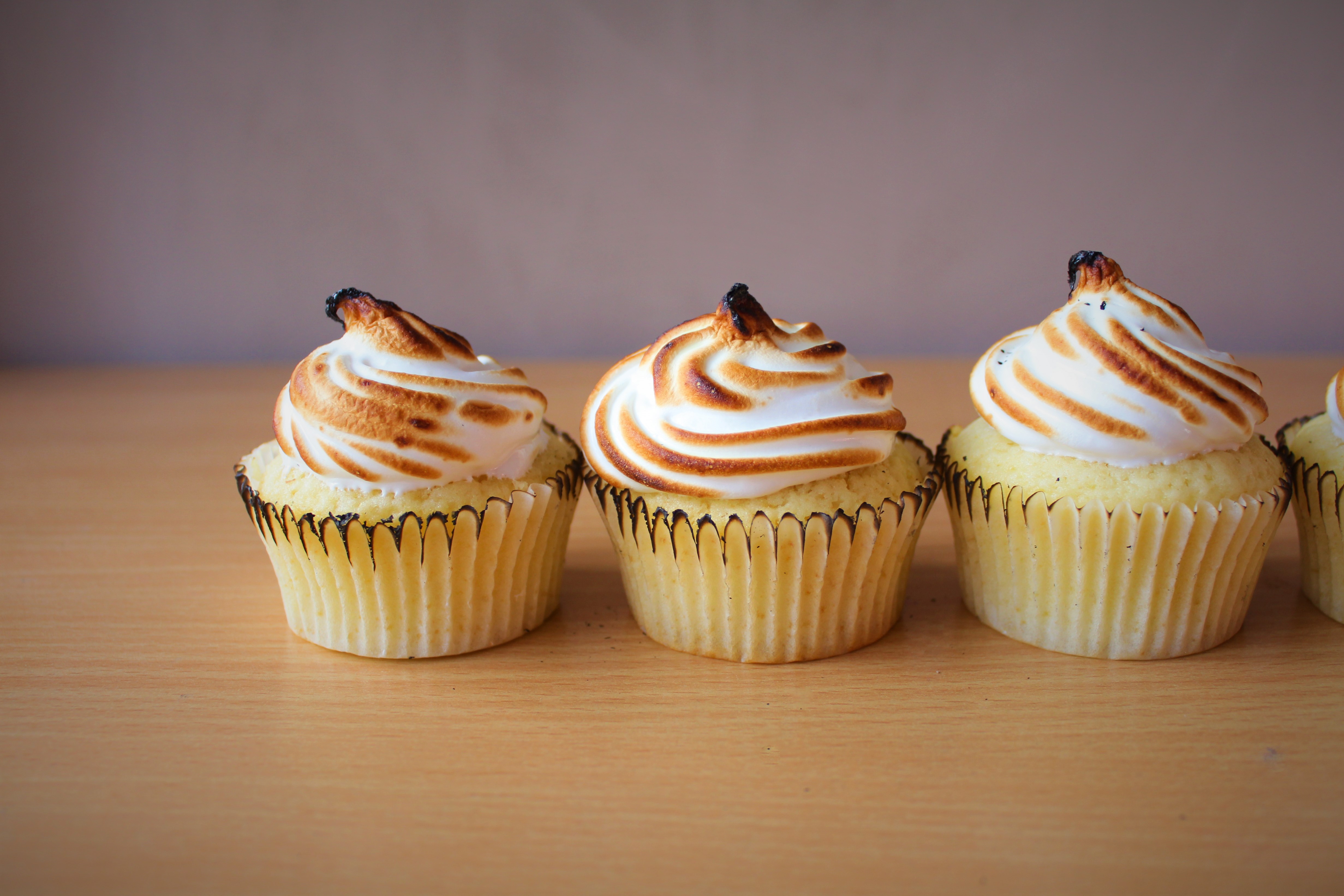 This frosting needs to be torched (with a flame) to give it the signature look.

So I tried on a few hacks. I tried using a candle on a tester frosting on a spatula to torch it, and it worked. Buuutttt, it was wayyy too slow a process. So I switched to a gas flame. I tried the same with a gas flame, and it worked like magic! Except the top burned a little too much, but it looked fabulous anyways.

Although it looked terrifying to try in the beginning but turns out, its a super easy recipe to follow and try!